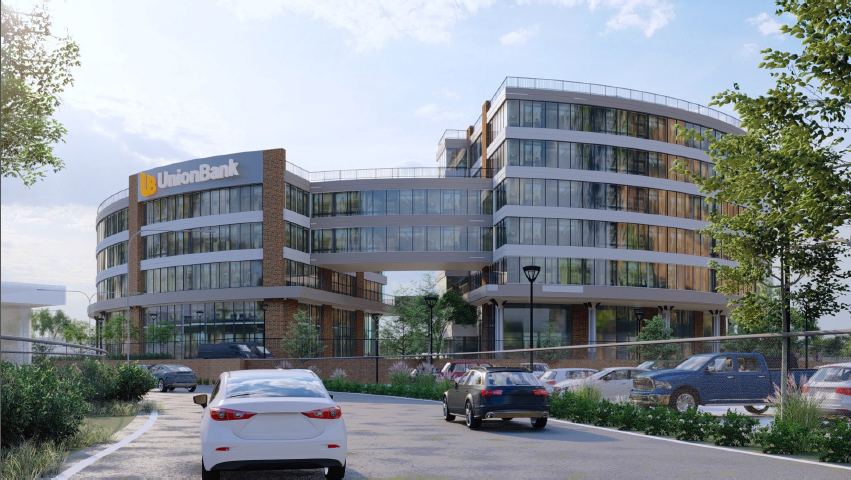 Union Bank of the Philippines (UnionBank) successfully held the virtual groundbreaking ceremony last May 26, for its Innovation Campus, a real property development that will support its innovation initiatives. The event marked a very important milestone in UnionBank’s digital transformation journey, which began half a decade ago.

The first-in-industry facility, which is being built on a one-hectare property in San Pedro, Laguna, will act as a hub for research and development that will further boost the Bank’s digital capabilities. In addition, the campus will house various centers of innovation within UnionBank, including its institutes on Data Science and Artificial Intelligence, Blockchain, its digital bank EON, as well as the recently-launched Asian Institute of Digital Transformation (AIDT), which is in partnership with Global Learning Solutions Singapore.

In a special message during the event, UnionBank President and CEO Edwin Baustista called the Campus “a dream come true and a testament to the commitment of Management and the Board to innovation as a major strategic thrust” of the Bank and its parent conglomerate, the Aboitiz Group.

“This is a major step for us and it is also an affirmation that even during this crisis times, there are companies who continue to invest in the future of the Philippines. The Philippine government, or one of the Secretaries, said that the Philippines can be a major hub for AI, maybe in Asia. We can certainly make this little corner in San Pedro, Laguna, the epicenter of AI, Blockchain and all those wonderful technologies that this Bank is harnessing in order to create the future of banking,” Bautista said. 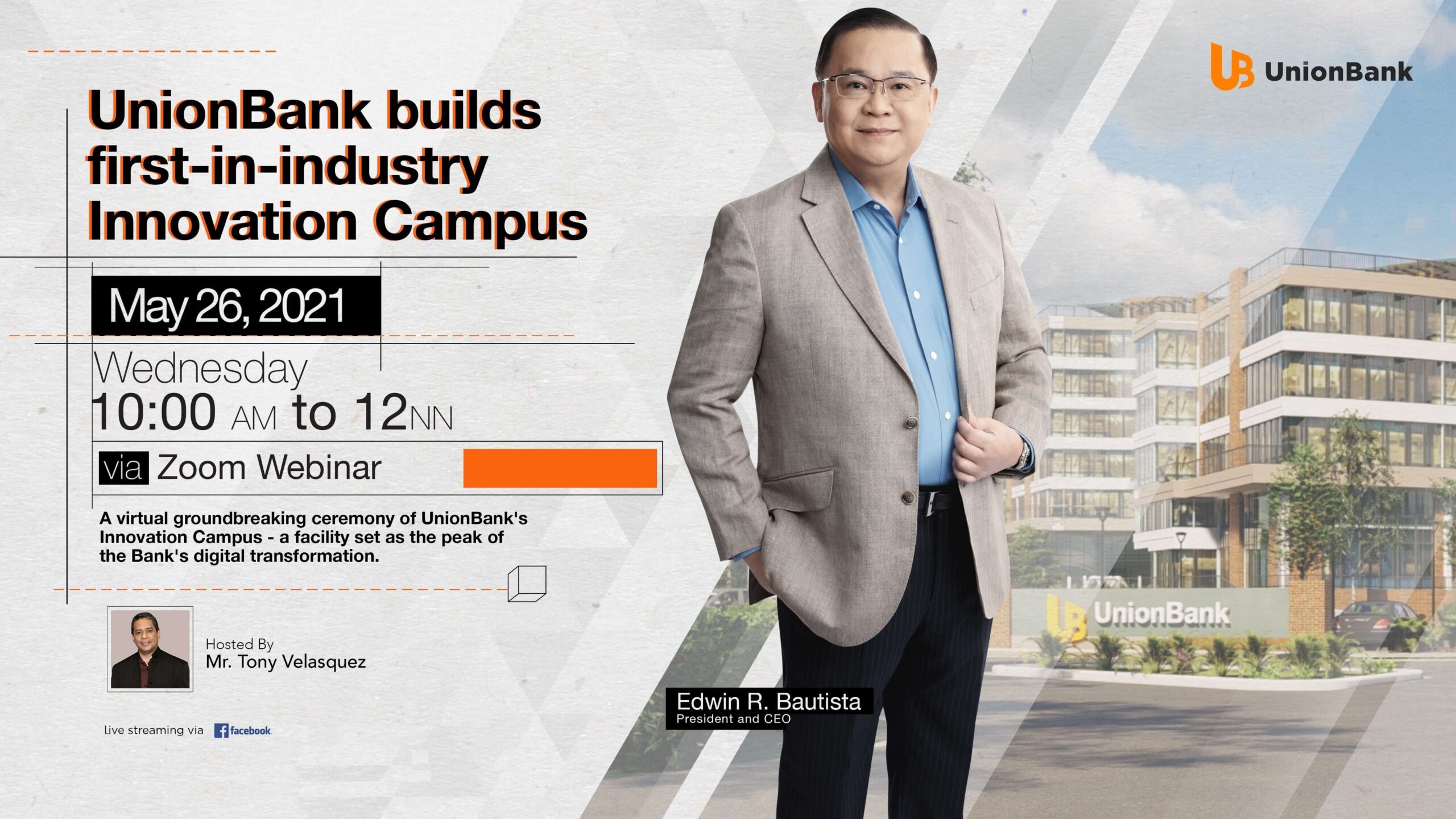 Yngen Holdings President Eugenio Ynion was also among the key figures who joined the event. A long-time collaborator of UnionBank, Yngen Holdings has helped co-create many solutions that utilize the Bank’s expertise in digital banking. During his message, Ynion said that the Campus is proof of UnionBank’s digital leadership and unwavering commitment to supporting Filipino talent.

“We celebrate another milestone because the UnionBank Innovation Campus is also the first out of many more establishments that will be part of The San Antonio Digital Hub. Soon to rise is a structure that will not only be a testament to UnionBank’s great leadership, but likewise to its commitment in making a difference to the Filipino community,” Ynion said.

Bangko Sentral ng Pilipinas (BSP) Governor Benjamin Diokno and Finance Secretary Carlos Dominguez congratulated UnionBank and expressed their confidence in the Bank’s capability to nurture new talent and create solutions amid the pandemic though the Campus.

“Indeed, this initiative is both timely and remarkable; timely because we need to harness our talents and skills to build back better and rise from adversity, and remarkable because of the challenges brought about by the COVID-19 pandemic,” said Gov. Diokno.

“This facility will be a breeding ground for cultivating new talent, evolving new products, and developing new ways to be competitive in the new economy. It is a landmark for the Philippines’ relentless push towards comprehensive digitization,” Sec. Dominguez said. “UnionBank has earned a well-deserved reputation for cutting edge innovation. The Bank has also been a reliable partner of the Social Security System and the Bureau of Treasury that enabled Filipinos all over the world to participate in the government’s bond offerings despite the pandemic. The Bank has been instrumental in helping us achieve President Duterte’s goal of financial inclusion and a comfortable life for all Filipinos,” he added.

Set as the peak of its digital transformation, the Campus provides a digital native environment which will allow research and discovery of digital initiatives.

In his closing speechon behalf of the Board of Directors, UnionBank Vice Chairman Dr. Justo A. Ortiz expressed his gratitude to all those who birthed the UnionBank Innovation Campus, “a project we can all be proud of as one more step towards attaining UnionBank’s greater purpose of co-creating, with partners, customers, and communities, a better Philippines through innovation.” He thanked Jun Ynion whose vision provides a space where the best Filipino talents can congregate in a fully-supported ecosystem for innovation. “Special thanks as well to Gov. Ben Diokno and Sec. Sonny Dominguez for creating the enabling environment, the impetus and the drive to make innovation a centerpiece for inclusive prosperity.  Together, let us Tech Up Pilipinas! Maraming Salamat,” Ortiz ended. 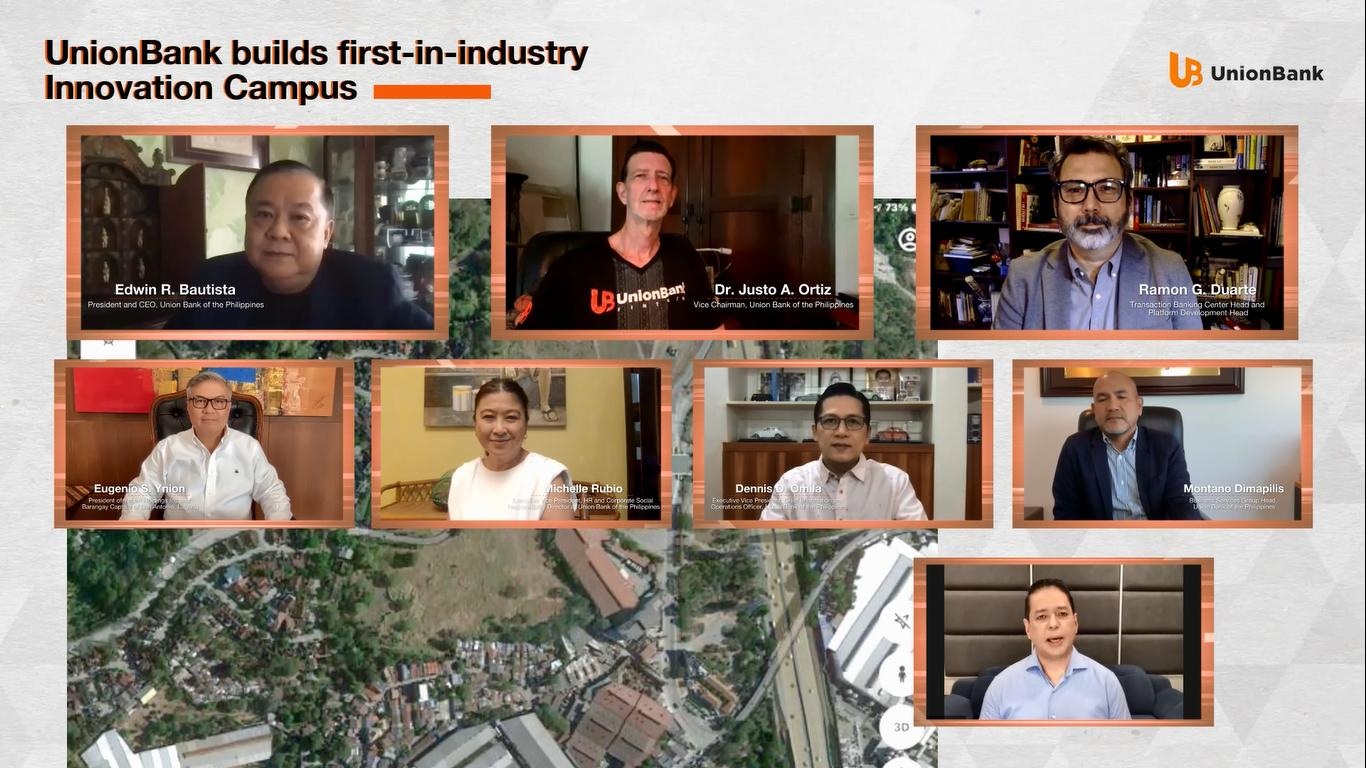 Ad industry celebrates triumph of creativity over adversity at CreativeFest 2021

The Joy of Food: 91 Years Anchored on Tradition, Flavor, and Celebration