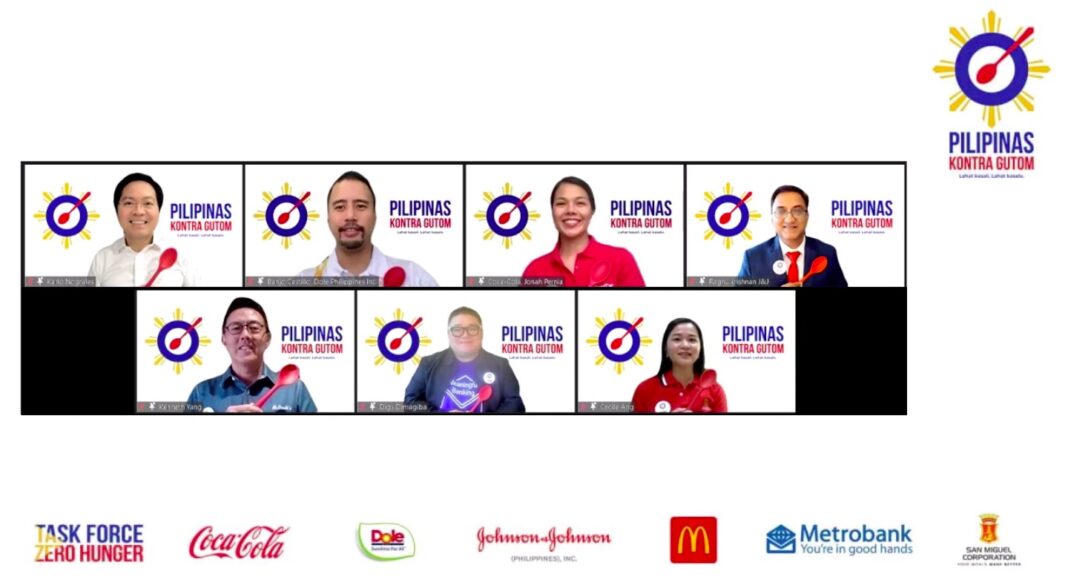 Following the National Food Policy launch in October, Task Force Zero Hunger sets up a movement to help eradicate hunger in the country.

Pilipinas Kontra Gutom is a movement behind Task Force Zero Hunger wherein government agencies together with groups from the different sectors such as academe, non-profit organizations, private corporations and the general public work hand in hand to address the root of the nation’s concern on involuntary hunger including: challenges on food production, food distribution and accessibility, hidden hunger and malnutrition, including immediate food needed during times of crises.

“Hunger persists as a complex, multidimensional problem which we face as a nation. This movement calls on all organizations and each and every Filipino to help our fellow Filipinos. Lahat kasali, lahat kasalo. Everyone must be involved and everyone must contribute so everyone will be able to partake of a meal so we can end hunger together.” says Task Force Zero Hunger Chairman Secretary Karlo Nograles. “I would like to particularly acknowledge the founding members of the movement from the private sector who have heeded the call and have committed to join our cause.”

Organizations, companies and groups may help through programs that support farmers and food producers; malnutrition advocacy for kids below 5 years old and below 2 years old as well as pregnant women and lactating mothers; assistance through meal donations during a crisis, among others. These support the roadmap to achieving zero hunger and the key result areas outlined in the National Food Policy.

With the pandemic, hunger incidence has worsened amongst Filipino families. The founding members from the private sector have initially pledged to provide 100,000 meals for identified communities in NCR and key priority areas through Ronald McDonald House Charities’ McDonald’s Kindness Kitchen. In addition to the initial demonstration of commitment to provide food for the affected communities, 3,000 infant kits for children below 2 years old will also be distributed. The founding members of the Pilipinas Kontra Gutom from the private sector include some of the country’s biggest corporations: Coca-Cola, Dole Philippines, Johnson & Johnson Philippines, McDonald’s, Metrobank and San Miguel Corporation.

As solving the problem on hunger and providing sustainable solutions require greater participation from various sectors of society, Pilipinas Kontra Gutom invites companies, the academe, and non-government organizations to join the movement.

Pilipinas Kontra Gutom likewise calls on the public and those who want to help provide food for more Filipino communities especially during this crisis may donate through rmhc.org.ph.