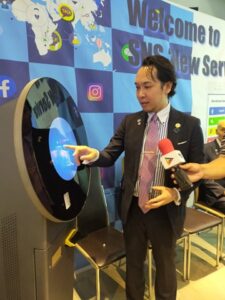 Up to the present, the Philippines and Japan remained as good friends despite what happened during World War III.

As a matter of fact, they even deepened and their bilateral and diplomatic relations to each other which are evident to the number of Japanese who are continuously showing their interest to invest new projects in the country.

In cooperation with the Metro Manila Development Authority a new project has been launched lately by the united nation world peace association with headquarters in Japan which aims to resolve the issue of face mask shortage in our country due to the massive threat of coronavirus 2019 or covid-19. Aside from doing humanitarian projects, UNWPA is planning to create a branch here in the Philippines, with preparations started last January and the launch itself in April.

CrocsIsHere at the SM Mall of Asia

Sensitive Skin affects over half the population; studies say

Small Wins, Big Gains Tips on developing a healthy lifestyle that will lead to your best life

SKIN OASYS: A NEW SKINCARE LINE FOR ALL YOUR SKIN NEEDS