George T. Yang shares the love with frontliners on the anniversary of McDonald’s in the Philippines: ‘Sarap ‘pagnandito ka, salamatnandito ka’ 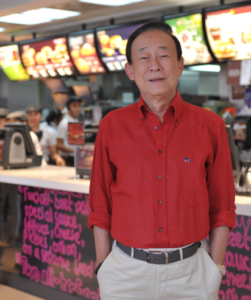 In September 1981, McDonald’s opened its first store in the Philippines in Morayta, Manila. Almost 40 years later, the Golden Arches has become part of the lives of Filipinos, with thousands of directly hired employees serving customers McDonald’s world-famous menu items, as well as local favorites in over 600 restaurants nationwide.

Recognizing the malasakit of the company’s employees to serve customers and the community amid the pandemic, McDonald’s Philippines Chairman and Founder, Dr. George T. Yang expressed his gratitude through a short music video (https://bit.ly/3kEULU7)

Known for his singing prowess, particularly for classical music, Dr. Yang sang a few lines dedicated to their own employees, and all healthcare workers, as a montage of photos appeared of McDonald’s frontliners working tirelessly to serve Filipinos during these challenging times.

Seen in the video as well would be the McDo Kindness Kitchen, an initiative of the Ronald McDonald House Charities (RMHC), which has been able to distribute close to 300,000 meals to different frontliners and communities in need. 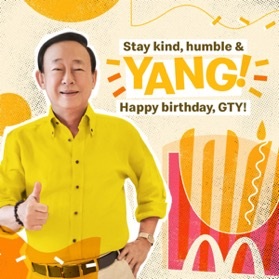