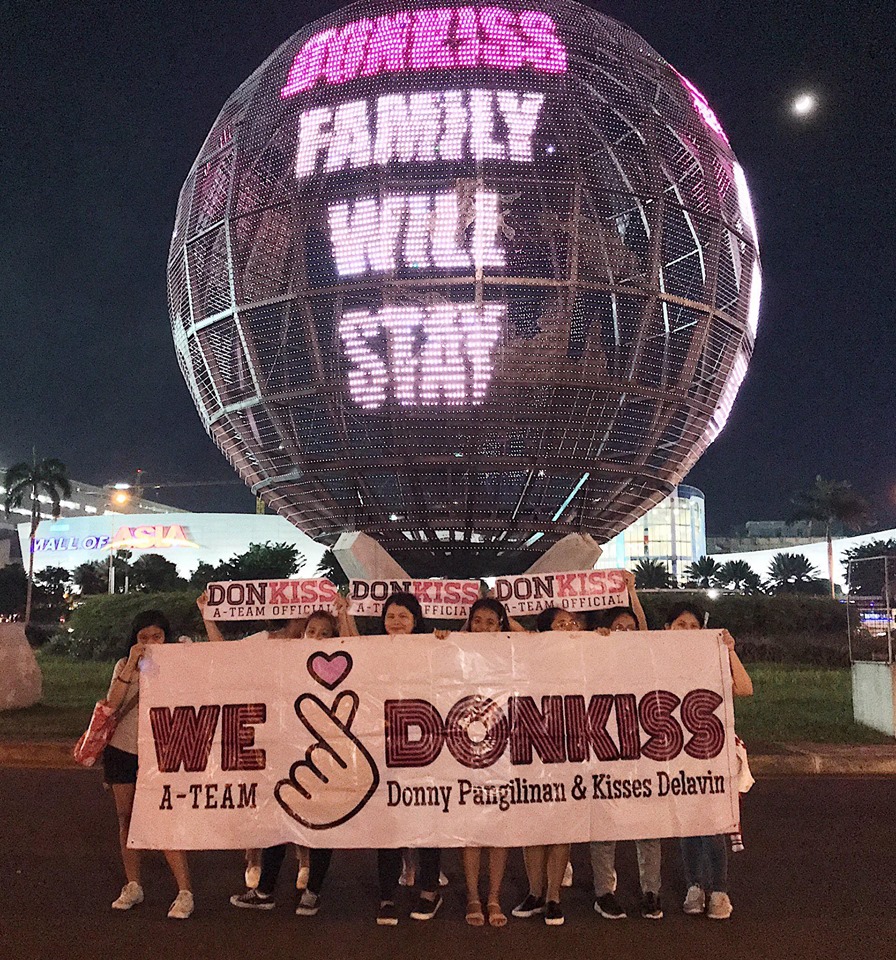 DonKiss is one of the strongest fandoms there is and they have proven their loyalty to their idols with a tremendous amount of support and love through various ways that you could ever think of. Twitter Parties? Donkiss fans loves to do that they even form hashtags such as this hashtag that blew the twitter world for it reached a thousand plus number of tweets and hashtag that is #DonkissFamilyIsLove that reached 827,000 tweets last December 12,2018 wow that’s crazy right?! and I believe that it is not the only hashtag that the fans trend they have a lot of hashtags that they try to trend every day. What they do is they always insert their hashtag of the day in all of their tweets just to support their favorite love team how amazing is that, and don’t even get me started with team live! I think half of the audience in ASAP (A noontime variety show) are DonKiss supporters that’s how the fans show their undying love to Kisses and Donny. Did you know that some DK fans in team live are professionals, students or even mothers but they still make it a point to see their idols and support them by screaming their names as their idols faces are flashed in the screen. Being a DonKiss fan is not just idolizing Donny and Kisses but it is also about being considerate of the members because for sure Donny and Kisses doesn’t want that their fans are not doing great. What’s good about DonKiss fans is when someone is feeling down or in the verge of giving up they help each other, they pull each other up instead of just not giving a damn. It’s just that they couldn’t take anyone for granted which I find unique about this fandom, some of them gives advice through social media, some even started vlogging about DonKiss which is a good idea to spread more positivity through YouTube. All I can say is that DK fans are stronger than you think, they are indestructible, whatever happens they’ll still stick together no matter what. Another example on how DonKiss fans are unstoppable is their recent project in Mall Of Asia yes you’ve read that right the only Mall of Asia in Pasay city. The fans flashed videos of Donny and Kisses in the famous Globemaze and we all know ( if you are living in the Philippines) that it is so big that a lot of people can see it. Did you know that DonKiss fans are the first ones to ever sponsored their idols to be in an

add placed in the Globemaze? Imagine putting so much effort like that just to support your idol is really something, it requires a huge amount of passion and love for it to make a reality but for DonKiss fans it sure is an easy peasy. It seems like the Globe represents the fans of the love team, for it is so big that it even reached different countries, it defied different kinds of barriers such as age range, language and time frame. As we went over to the simplest down to the craziest amazing things that this fandom could do one thing is for sure their love and care for DonKiss is indestructible, loving Donkiss for them Is like breathing fresh air it is so refreshing that they don’t want to stop it, that amount of passion is something that should be treasured, even if there are times when they feel down or if something wrong they still manage to calm down and get a grip of themselves that they will not stop, they will never get tired and they will continue to be strong for one another and for their beloved loveteam Donny and Kisses. When times get rough they don’t give in, they don’t lose hope they won’t fall because Donkiss Fans are UNSTOPPABLE!

PRESENTING THE CONCERT PARTY AND RAFFLE FOR A CAUSE: LEVEL ZERO II

Enjoy Merry Moments at Ortigas Malls this November and December!