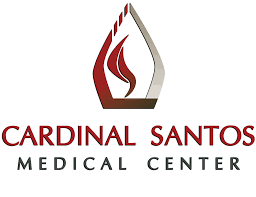 Cardinal Santos Medical Center (CSMC) held on Wednesday, November 10, a send-off ceremony to mark the end of the hospital deployment of five medical personnel from the Philippine National Police (PNP).

In October, PNP entered a partnership with Cardinal Santos for the deployment of five of its nurses to the private hospital. The agreement was implemented in line with the national government’s efforts to address the shortage of healthcare workers amidst the COVID-19 surge.

The highlight of the event was the awarding of certificates to the five nurses, whom the hospital lauded for their courage and dedication in serving the nation. The nurses awarded were PLT Modesto D. Nahiwan, PLT Daryl O. Faustino, PLT Carlo Jason T. Turqueza, PCpl Toni Angelo P. Parungao and PSSG Robert S. Opena.

In his response speech, PLT Faustino, the team leader of the PNP nurses assigned at the hospital, recalled how their tour of duty proved to be an effective method of sharing best practices between private and public medical institutions.

On behalf of his teammates, PLT Faustino thanked Cardinal Santos forthe opportunity to be immersed again into hospital duty, which fired uptheir passion and vocation for service as nurses.

He also lauded the hospital’s standards in patient care and infection control practices, which he hopes to share and emulate as he returns to his mother organization.

Closing the program, Mr. Pagdanganan thanked the PNP and the DOH for coming together to support the healthcare industry’s battle against the pandemic, adding that suchcollaborationsare integral part of a bigger strategy to build back the country and create healthier, safer and higher quality of life for all Filipinos. 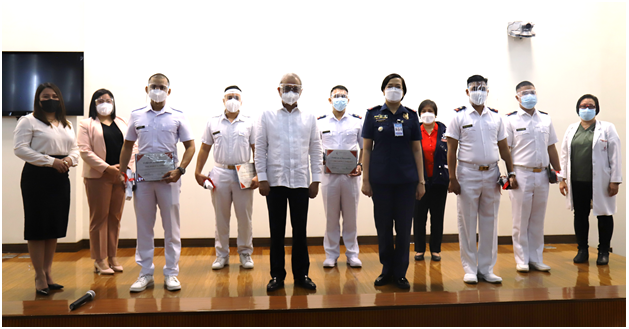 Cardinal Santos Medical Center (CSMC) President and CEO Mr. Raul C. Pagdanganan (center honors nurses from the Philippine National Police as they complete their tour of duty in the hospital during the COVID-19 surge.