Proving its compliance with standard safety protocols, Farmers Market in Araneta City has been the first public market in Metro Manila to be given a Safety Seal certification by the local government. 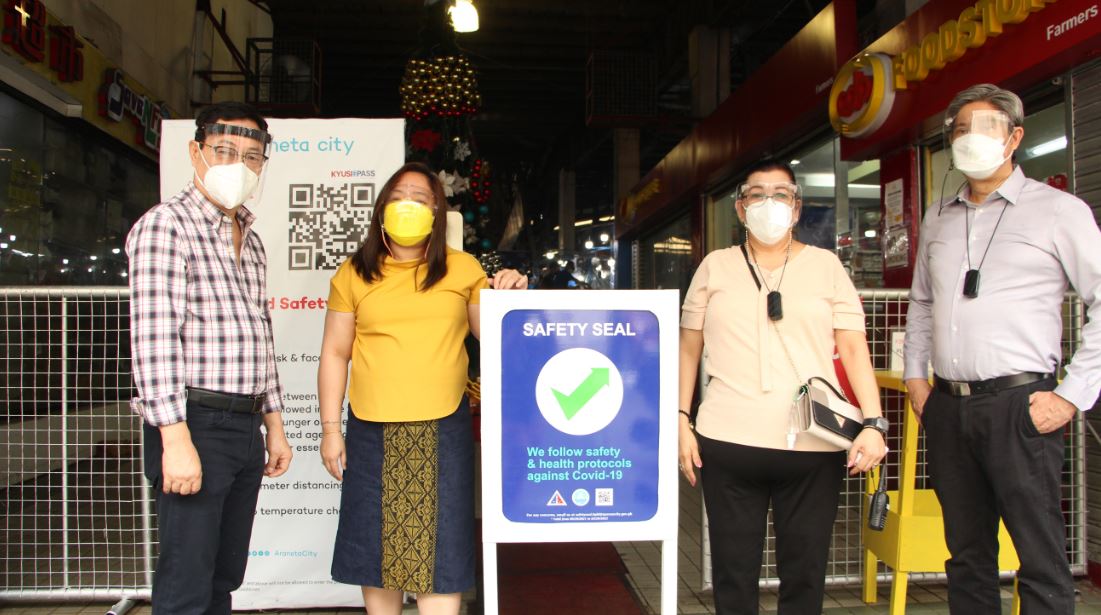 The Farmers Market Safety Seal is among the certificates posted in entrances of Araneta City premises after they passed the rigorous inspection of Quezon City’s Safety Seal Certification Committee. The City of Firsts has been implementing the use of Kyusipass, and has been observing safety entrance protocols and regular sanitation in every establishment.

“The Safety Seal is a testament that we are continuously working on making Araneta City safer for everyone. We proudly display this certificate to keep our patrons assured that their health and safety always comes first at the City of Firsts,” Abogado said.

The Safety Seal for Farmers Plaza was installed on June 29, Gateway Mall’s safety seal was posted on July 1, while the safety seal for Ali Mall was awarded on July 6.

Aside from the strict implementation of IATF’s health protocols and guidelines, Farmers Market also utilizes contactless payment, in partnership with GCash, to safeguard the safety and protection of consumers and vendors.

Mr. Cool to Offer Dealership Package for Only PHP6,050

Livestreaming A Concert With Friends? Here’s A Checklist To Begin

WFH: Here’s How You Can Become A Successful Virtual Assistant