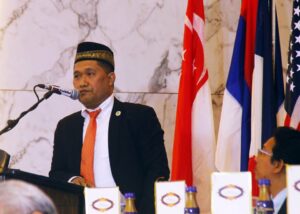 Peace and unity in diversity all over the world is the top issue tackled at the World Philosophical Forum held for the first time in the Philippines on Sunday Sept. 15, 2019, at the Century Park Hotel in Malate, Manila.

“Poverty, hunger, education, and insurgency, as well as issues with politics will also be discussed and addressed by around 1,200 WPF officials and members,” said WPF Chairman of the Philippine branch Albani Shariff Ibrahim.

The WPF, founded by Igor Kondrashin, is a UNESCO forum following the adoption of an Intersectoral Strategy on Philosophy in 2005 aimed at conveying the dynamics of philosophy into concrete activities that will boost cooperation and the reciprocal enrichment between philosophers of various regions of the world, as well as promoting philosophy itself as a true exercise of freedom.

“The general goal of the WPF activity is to establish and multiply the new identity of human beings based on wisdom, reason and morality,” explained Pierre Sané, Assistant Director-General for Social and Human Sciences.