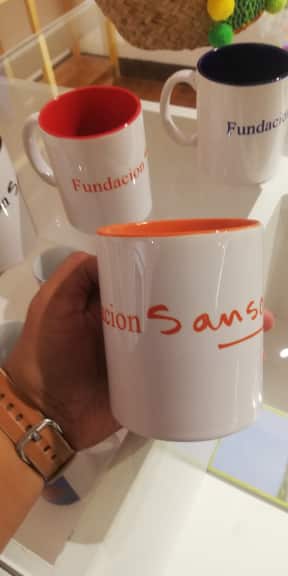 Spanish-born Philippine artist Juvenal Sansó has been one of the foremost pioneering modernists in Philippine contemporary art scene with a career spanning almost seven decades.Born on 23 November 1929, in the town of Reus, in the Catalonian region of Spain, Sansó emigrated to the Philippines along with his entire family to escape the turbulence of the Spanish Civil War, and eventually became an internationally-recognized multifaceted artist recognized in Spain, France, and the Philippines. Having narrowly escaped death twice during the Japanese occupation, Sansó studied art under the mentorship of Alejandro Celis who taught him lessons in painting at the age of 17. In 1948 to 1951, Sansó enrolled in the Fine Arts program of the University of the Philippines were he was taught by the likes of Fernando Amorsolo, Guillermo Tolentino and Ireneo Miranda, the vanguards of the “conservative” school of painting. Seeking his own artistic style, he embraced modernism while sitting in classes by Cesar Legaspi, Galo Ocampo and Antonio Garcia-Llamas at the University of Santo Tomas. That same year, Sansó garnered multiple awards for his works at the Art Association of the Philippines Annual Art Competition in particular: The Sorcerer (first prize in Traditional Oil Painting) and Incubus (first prize in Watercolor); with a similar recognition at the Shell National Student Art Competition for Cha Bianing(third prize).

He furthered his own studies in Europe, enrolling at the Academia di Belle Arti in Rome, 1951, and the L’EcoleNationale des Beaux-Arts in Paris, 1952. In Paris, he held his first one-man exhibition of his works at the Galerie de la Maison des Beaux-Arts in 1956, and subsequently returning to the Philippines for his first local one-man of his etchings at the Philippine Art Gallery in 1957. In 1964, the Cleveland Museum of Art awarded his etching titled “Lueurs” as “Print of the Year”, previously awarded to the likes of Salvador Dali and Henri Matisse coinciding with an exhibition in the same museum in that year. A special retrospective commemorating the artist’s 25-year was culminated with a retrospective at the Cultural Center of the Philippines in 1974, a distinct honor given to a few distinguished living artists. By 1976, Sansó through one of his foremost patrons, Luis Ma. Araneta held a major retrospective comprising of 1,000 works at the General Bank and Trust Company, coinciding with the International Monetary Fund-World Bank (IMF-WB) annual meetings in Manila; that was compiled in a monograph written by art critic Alfredo Roces. In 1988, Sansó reached the zenith of his artistic excellence by being the feature of six exhibitions held at the Metropolitan Museum of Manila, Alliance Française de Manille, Finale Art File, Ayala Museum, the Lopez Museum and Library and the Centro Cultural de España. In that same year, the Eugenio Lopez Foundation, Inc. published a book written and designed by Dr. Rodolfo Paras-Perez, the foremost art historian at that time.

His long artistic career has been capped with numerous important state recognitions, including the Presidential Medal of Merit of the Philippines in 2006; the Distinguished King’s Cross of Isabela by King Juan Carlos I of Spain in 2007 that is often likened to a British knighthood; and the Chevalier de l’Ordre des Arts et des Lettres(Order of Arts and Letters) from the French Government in 2007. Sansó has been represented globally in over forty museums including the Musee d’ Art Moderne in Paris, the Cleveland Museum of Art, the Metropolitan Museum of Art in New York City, the Museo de ArteContemporaneo in Madrid, the National Gallery of Art in Washington D.C., the Art Institute of Chicago, and the Museum of Modern Art. In the Philippines, his works are featured in various public and private institutions including the National Museum of the Philippines, the Ateneo Art Gallery, and the Cultural Center of the Philippines, as well in many respected private collections of prominent American, European and Philippine families and companies including that of Nelson Rockefeller, Vincent Price, Elsa Schiaparelli, Jean Cocteau and the Rothschild family among others.

His art has been classified by art historians as straddling Expressionism and Surrealism. The noted art critic and poet John Ashbury described Sansó’s works in a column for the New York Herald Tribune as follows: “…His approach to Surrealism is most evident in his pictures of flowers or fruit, which suggest anthropomorphic still-lifes of the 16th century Italian painter Arcimboldo…” Even in the guise of worldwide recognition, Sansó’s art captured the essence of the Philippine beauty seen in its barong-barongs, baklads and flowers. When asked on this point by the late art critics Leonidas V. Benesa and Ray Albano in an interview on the onset of his 25-year retrospective at the Cultural Center of the Philippines, Sansó stated,“…The Filipino experience in the strongest of them all, my paintings being basically nostalgic reminiscences. Of course, being away from the Philippines makes my paintings even more Filipino. I’m sure, if I came back to the Philippines, then all the European things would come out.” True to form, Sansó returned back to his “homeland” and resided permanently in the Philippines in 2003, after nearly staying for over fifty years in Europe.

In a recent interview to art writer DuffieHufanaOsental in 2013, he desired to build a not-for-profit foundation that would serve as the preservation of his artistic contributions and fulfil his wish to support emerging young artists. “My aim is really education. I want to help younger people. Hopefully Fundacion Sansó can provide art education to the art loving public as well as scholarships to deserving artists.” The Fundacion Sansó, a not-for-profit art foundation in 2014 was set-up, to preserve his artistic contributions and legacy to Philippine art primarily comprised of the art collection including his personal archive, ephemera, and library. The Fundacion has since diversified its exhibitions and education programs by showcasing Philippine contemporary artists and has hosted public lectures focusing on pertinent social issues affecting today’s society. In order to fulfill the desire of Sansó to support emerging young artists, the Fundacion launched in 2016, the Fundacion Sansó Fine Arts Student Stipend Program in were artists were carefully selected and provided a regular monthly stipend to help augment their financial resources in order to purchase their art supplies and assist in other expenses necessary for their studies.

Sansó never envisioned himself to be a force within the art community, but for he enjoyed making art that became primary outlet of his personal expressions. For his artbecame a slow and winding narration of his life, between triumph and tragedy. The late art historian Rod. Paras-Perez perfectly sums up in his monograph on the human nature of his art. He writes: “With a passion truly Hispanic in intensity, Sansó believes that the act of painting is an intimate, private confession. The audience is always, for him, an intrusive eavesdropper…It is the point in Sansó’s solitary voyage to the self. Sansó set out alone and painted brooding images or sunlit seashores as witnesses to every confrontation with the self. And every cry honor our laughter. Each sunlit seashore becomes an homage to the moonbeam each one carries as talisman. And Sansó moves on.”

Even at 90, Sansó’s art continues to inspire the multitudes who seek themselves in their art, just as Juvy always tried to capture day in and out. His works can be viewed in all major Philippine art museums, and especially the foundation he co-built: Fundacion Sansó in San Juan City. 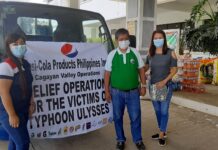 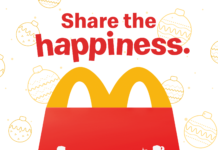