SM City Manila have officially launched Christmas  Year 2021 theme was carnival with the concept forwarding the idea of all fun, excitement and amusement feels.

The event venue was showcased with captured elements of Ferris Wheel, Gigantic Teddy Bear and an actual mechanical carousel. Also, selling carts of selling stuffed toys, popcorn, candies and chocolates to spice up the Carnival theme including crane arcade game on the side

This time reinvention dining pods for designated dining area was made also apparent on the Christmas centerpiece. 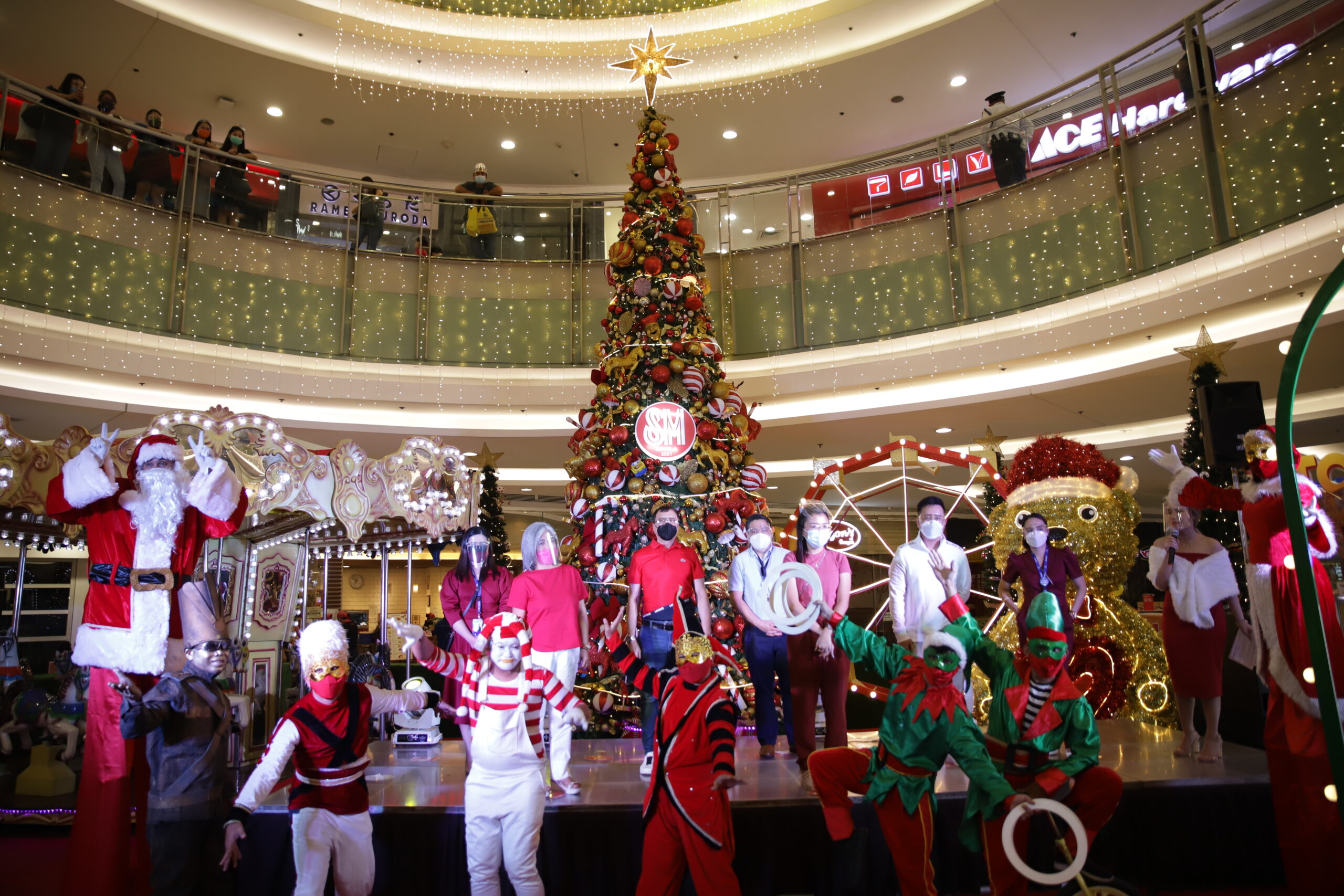 The launch have started by introduction of by Jaz Estorinos on this year’s Christmas launch for Carnival theme. This was followed by SM Christmas message, on to the next by LGU rep of City of Manila sharing a message of hope on these times

Then, Christmas lighting countdown have begun with all LGU and SM management team on stage to lit up the whole venue and tree centerpiece. This have been succeeded by Stilt walker Philippines performing Christmas play inclusive of exhibition of juggling, cube twirling and stilt walking. Finally, closing the launch event.